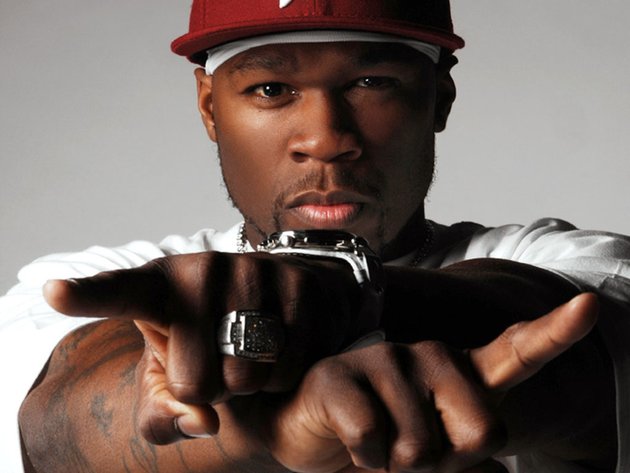 [Hook 1:]
Got my guns and magazines
Ending up in front of me
Nothing is quite as it seems
Fuck with me and you will see

[Hook 2:]
Shoot your gun now make you a believer
Now you better pray for something more

[Verse 1: 50 Cent]
I go to war to my house
Stop niggas ain’t listening
Get the thumping and the dumping at your newborn’s christening
Tell your homie tell his homies
He ‘gon need more homies
Ain’t this a bitch I got an extended clip right on me
And my diamonds on my neck
A dead nigga did scheme on it
The ruger on deck, it’s hard to miss with that thing on it
I’ll give your ass a permanent nap – sing you a lullabye
I got money to run, so fuck an alibi

[Verse 2: 50 Cent]
Yeah, I believe you when you say you tough nigga
All that means is you fuck nigga
I get the drop I’m on it
Morning or night, I spot-cha I gotcha
Wake up cuffed to your bed your bed cops asking ‘who shot-cha’
As the world turns, [?] will be learned
The hollow tips burns and I ain’t concerned if I ain’t hit
And I ain’t here, so a nigga doesn’t really give a shit
You know who you fucking with
Come through dumber than a clip
Niggas be on the same stupid shit
Till they get hit, ain’t that a bitch?

[Verse 3: Kidd Kidd]
K-I double, shot gun barrel double
I always run a couple and I move ’em on a double
Racks in the duffel
Mac with the muzzle
Makin’ circles in you, all black like a tunnel
I only know how to hustle
Can’t stay outta trouble
I got a big gun, mutha-fuckers scuffle
Kidd Kidd, will you ever change?
Fuck no, pimps don’t ride a game you already fucking know

[Verse 4: Kidd Kidd]
Man these niggas so fake, I call ’em knock off
Like pringles high pop the top off
You ain’t hot dog
You the fucking Micky Mouse (aw)
I’m on fire like Louisiana hot sauce
Brand new J’s cost a buck fifty nickle
[?]
Been fucking with the pigs, you a guinea nigga
Plus you always baked, you forgive me nigga
I wear my gun like it’s trendy nigga
You pussy an ain’t shit, kitty little
Uh, see where all that bitching getcha
Right in front of this pistol